Gary Campbell received his BA degree in Applied Behavioral Science from National Louis University in 1994. Gary worked for several psychiatric facilities including programs specifically designed to serve Deaf and HoH people.   Gary received his Masters degree in Mental Health Counseling from Gallaudet University in 1998. He interpreted his way through graduate school with Gallaudet Interpreting Services (GIS). In 1999 Gary continued to work for GIS and was then hired to teach a course in the Graduate School of Counseling, and worked at the Mental Health Center at Gallaudet University. Gary then returned to Florida and joined Tampa Bay Academy as a clinician and was promoted Clinical Director for the residential program. Gary took a break from TBA and came to TX and worked as a school counselor at TSD for a year. Then, he returned to DC and worked as an interpreter for Birnbaum Interpreting Services (BIS). After being at BIS for a couple years, he decided to return to TBA. He worked there for several more years while working for Sign Language Associates (SLA) as an interpreter. At this point, Gary decided to become a full time interpreter, so he became full time with SLA as they merged with other organizations to become Purple. After some time at Purple, he joined Viable and then ZVRS, and now works with CONVO relay as a VI.

Gary is licensed in Florida as a Mental Health Counselor and qualified supervisor, and he is licensed in Texas as a Licensed Professional Counselor. He has been certified with RID for many years, CI/CT, and after returning to Austin last year, he has his Texas BEI Master certification. 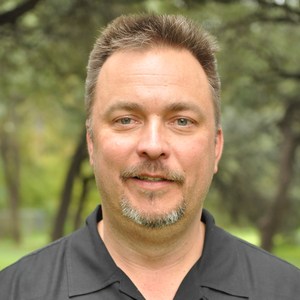