Theresa K Goodnight was born in Santa Ana, CA and raised in Orange County, CA. She grew up near one of the deaf schools located in Riverside, CA where her mother graduated. Theresa is a Child of Deaf Adults (CODA). Her mother was deaf and her father was a well-known interpreter in southern California. After her parents divorced, Theresa’s mom remarried a deaf man who taught at the California School for the Deaf – Riverside Campus. Theresa and her siblings grew up immersed in Deaf Culture. She experienced interpreting for her parents at an early age, as most CODAs can attest.

Theresa and her family moved to Texas around the early 1980s. Her career goal of becoming a veterinarian quickly became unrealistic after a fainting episode while volunteering at a local veterinarian clinic. After graduating high school, Theresa decided to take her mother’s advice and go into the interpreting field. She began her career working as a free-lance interpreter in the Austin, TX area while working as a houseparent at the Texas School for the Deaf (TSD). She currently holds a BEI Masters certification after working her way up from a Beginners level certification.

Theresa has deep roots at TSD as evident by her 28 years of service, 13 of those years spent working in the Interpreting Services department. She is looking forward to the years ahead.

During her free time, Theresa enjoys horseback riding, spending time at the beach, doing anything outdoors, reading, dancing, and spending time with her kids. 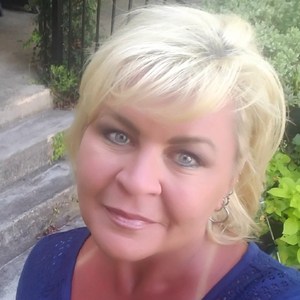