Re-branding Texas School for the Deaf
In 2005 the Texas School for the Deaf Foundation (TSDF) in collaboration with Texas School for the Deaf (TSD) contracted with the public relations firm of Mark Brinkman Associates (MBA) to conduct a re-branding of TSD. The scope of this work included our seal, our tagline and our mascot.
The development of our tagline
MBA interviewed students, teachers, staff and alumni. Each student interviewed had a very poignant story to tell about what home life was like, and what hearing schools were like in their experience. All of them relayed a sense of isolation, frustration and fear before coming to TSD.
Their collective time within the halls of TSD was a life-changing experience. The ability to participate in sports, the ability to make friends who were like them, and to be able to attend college. Each had a dream for their life, and each was fully aware it probably would have no chance of coming true without TSD.
Sports, especially, played a large part in student life. Kids knew they would most likely not be able to participate in a hearing school, and they found sports outlets allowed them to learn some of life’s most valuable lessons.
Each relayed a sense of community, culture and home. And each planned to still have a role with the TSD after graduation, whether it’s via employment or alumni activity.
The alumni respondents’ experience prior to TSD was much like the students, although in the cases of the older alumni, often harsher.
Each of them credit their successes, self-esteem and ability to negotiate in a hearing world to TSD. I heard “TSD saved my life” more than once—and these former students believe that. I would go as far as to say they may be right.
Alumni still find a sense of community and “home” at TSD and are fiercely loyal to the school. They seem to be a powerful political and motivational force for the school if activated correctly.
They each have a greater connection to TSD than hearing alumni have to their alma mater. TSD is their world—even decades after graduating.
Faculty/staff members who were interviewed were by and large consistent with the rest of the respondents.
One of the main points they identified as a challenge for TSD was the ability to get children into the school as early as possible. Obviously, this is a difficult thing to achieve due to lack of education and emotional ties on the part of the parents—but it may make sense to initiate an advertising/PR campaign with this in mind.
The school superintendent’s name, Claire Bugen, came up several times as one of the most positive things about working at TSD. Faculty and staff feel her presence is an extremely positive measure and they gain confidence from their superintendent for the future of TSD.
Clearly, Texas School for the Deaf is a very special place for each respondent group with any ties to the campus.
A sense of “like” community is the most powerful aspect of TSD. Because that allows for education to take place, it allows for social skills to develop, it allows for confidence to take hold.
In addition, there is a strong sense of pride and loyalty.
Every group—whether they were students, former students or hearing/deaf parents very clearly understood that TSD was key in helping develop potential.
Four taglines emerged from the MBA research:
•    Texas School for the Deaf- Learning success
•    Texas School for the Deaf- Let nothing hold you back
•    Texas School for the Deaf- Rise Above
•    Texas School for the Deaf- Learn. Grow. Belong.
The choice was unanimous for Learn. Grow. Belong and we continue to embrace this tagline in everything we do.
The development of our Mascot
The TSD mascot became the horse (Ranger) in 2005. Prior to that time TSD mascots reference the ranger only as an individual, sometimes with a cowboy hat, boots a badge and guns. This character has changed numerous times throughout the history of TSD and various renderings of this Ranger are still treasured by many alumni.
By 2005 TSD was ready to move away from the image of the Ranger as cowboy with guns. New legislation about safe schools was being implemented statewide including bullying prevention, Gun-Free schools, etc. and TSD wanted a more motivating, positive image for its mascot.
Mark Brinkman PR Consultants (MBA) took on this task as part of their re-branding work. They explored the various aspects of the word “ranger”. Several elements come to mind when the word “ranger” is spoken of. These include the ranger as an individual as well as his cowboy hat, badge, holster and gun, and perhaps the most prized possession: his horse.
When taking into consideration the connotations and conceptual qualities of all of these elements, some stand out as more significant than others. For TSD, it is important to choose an element that is positive and energetic. This relates both to the students’ confidence and aspirations as well as the hard work and dedication staff and teachers put into ensuring the students’ education.
Of all of these associations with a ranger, the horse stood out above the rest. A horse is known to be kind, yet full of endurance, agility, strength, power, energy and intelligence. The free, forward stride of a horse in movement is also representative of a student reaching toward a goal.
For almost 20 years TSD has proudly embraced the horse as is mascot. We believe it communicates the energy, confidence and positive identity we hope to instill in our students. As a community committed to equity, diversity and inclusion, we are thankful that our work those years ago distanced us from the negative conduct sometimes associated with the Texas Rangers during the reconstruction period and the confederacy. 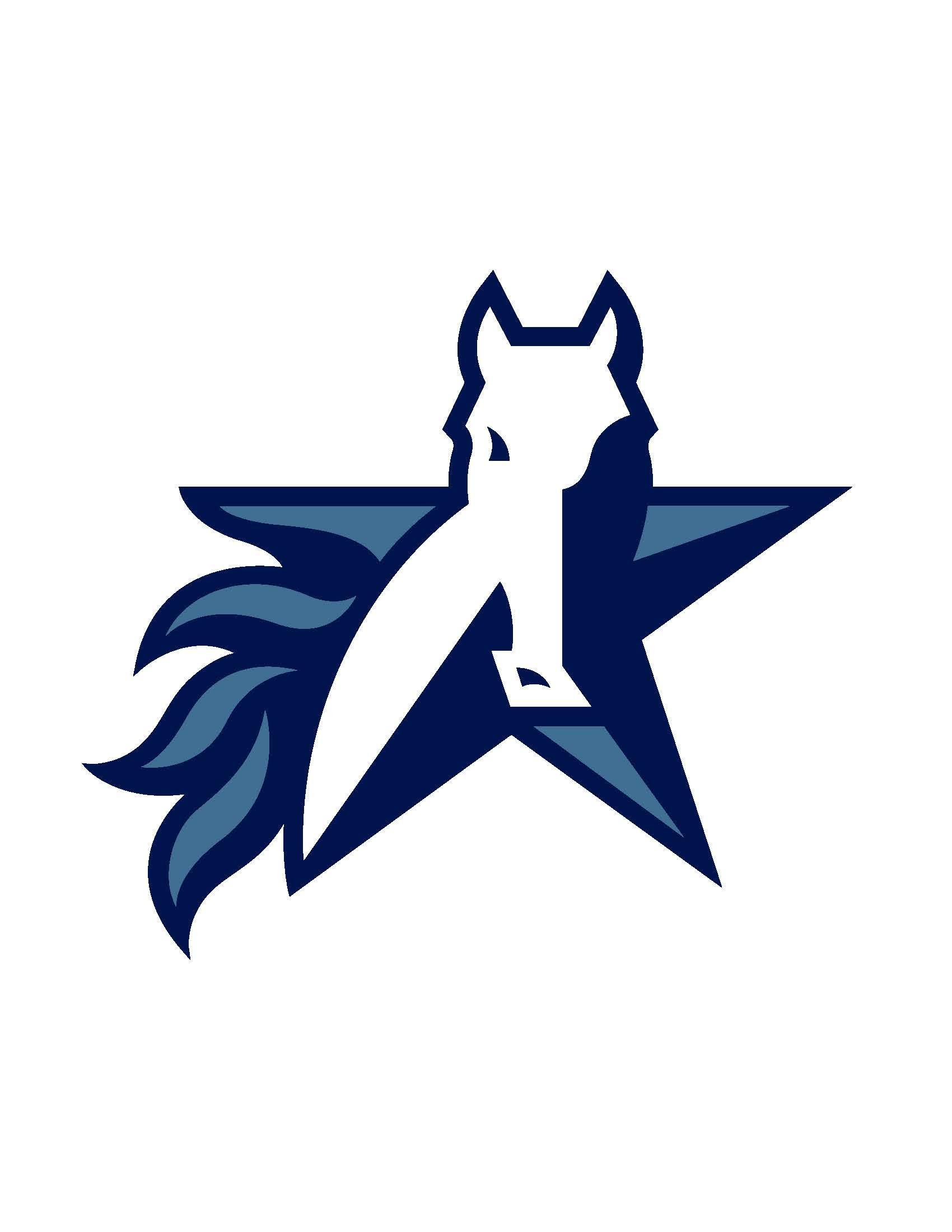