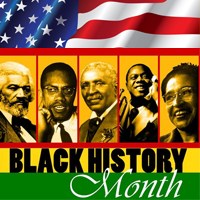 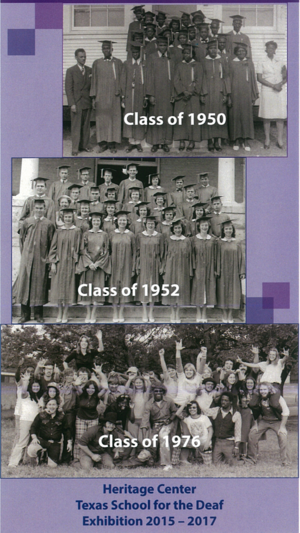 Visit the exhibit at TSD Heritage Center and Museum. Exhibition 2015-2017; Mondays, Wednesdays and Fridays from 10am to 2pm. The exhibition covers the History of Blind, Deaf and Orphan School for the Colored 1887-1965 (BDO).
Since 1887, the Texas Blind, Deaf and Orphan School for the Colored (BDO) had been in existence in Austin, Texas. This school was formerly located in West Austin on Bull Creek Road. In 1960 it was moved to 601 Airport Boulevard in East Austin, where a completely new school was built to accommodate the black, blind and orphan children.
In 1965, Senate Bill No. 143, as enacted by the 59th Legislature, changed the name BDO to the Texas Blind and Deaf School and placed jurisdiction and control of it with the State Board of Education effective September 1, 1965 from the State Board for Hospitals and Special Schools. The Texas School for the Deaf and the Texas School for the Blind were under the same State Board of Education.
Immediately after the Legislature enacted this law, plans begun for desegregation of TSD and BDO because of the Title VI of the Civil Rights Act of 1964. Certain steps were taken during the 1965-1966 school term but total desegregation became a reality in all Residential Special Schools as of September 1, 1966.
The BDO campus became the East Campus since it was located in East Austin. It became the Lower School for the small children. And the TSD campus on South Congress was called the South Campus with the Upper, Middle, and Vocational Schools. In 2001 the East Campus was sold.
_______________

About the Heritage Center and Museum

A museum for items of historical significance and an archive of the school’s film, photographs, and written records are maintained and circulated for display in the Heritage Center, located at heart of the campus.
The Museum is open Mondays, Wednesdays, & Fridays from 10 - 2
Contact us at heritage.center@tsd.state.tx.us to make an appointment or schedule a tour of the Heritage Center.